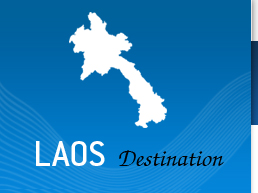 The history of Laos is one of colonisation and occupation. Some of the earliest conquerors were the mighty Khmer’s and the first temple of the Khmer Kingdom was Wat Phu actually built in Southern Laos and not Cambodia. There are no beaches in Laos but the forests and rivers offer something different a natural eco adventure.

Laos developed as a nation of hunter-gathers and to this day many traditions and forests life still exist in Laos. In line with the rest of Indochina Iron was used in Laos from around 500 BCE.

Laos was influenced by Indian culture and Theravada Buddhism was introduced in Laos around 2,000 years ago by Indian merchants.

The Khmer kingdom ruled much of Laos from the 9th – 13th century with the capital at Wat Phu Temple in Southern Laos before being moved to Angkor Wat. The Lan Xang Kingdom was founded in the 14th century and became a prosperous kingdom. During the 18th century Lan Xang was split into 3 regions with the capital Luang Prabang, Vientiane and Champasak in the south. Once it was divided Laos became weaker and eventually the kingdom of Siam invaded and occupied Vientiane, soon afterwards Siam (Thailand) dominated all 3 regions.

In 1804 Anuvong became king of Vientiane in 1827 he invaded Siam before being pushed back and then fleeing to Vietnam. He returned and was then captured by the Siamese. The French arrived in the mid 19th century. Taking little interest in Laos before their influence grew and the Siamese threatened by a French invasion ceded all territory east of the Mekong to the French in 1893.

Soon after communism grew and the Paphet Lao party was formed; the French withdrew from Laos in 1953 as their control diminished in Southeast Asia and Laos was divided by the Pro-Communist Paphet Laos supported by the Vietnamese and the Royalist government supported by the US.

Parts of Laos became a trail for the Vietnamese fighting the Americans during the Vietnam War known as the “Ho Chi Minh Trail” and the result was Laos becoming the most heavily bombed county on earth with the Americans dropping the rest of their ordinance on Laos when returning to their bases in Thailand. With the end of the War the Royalists fled with the communist Lao People's Democratic Republic being founded on 2 December 1975.

After an unsuccessful communist regime market reforms were introduced in the late 1980s and the economy has continued to grow ever since. The country is known as a key tourism destination.

The national identity in Laos is very complex; one fear that always embosses the people of Laos is the loss of their national identity and independence. Laos has a relatively small population with roundabout 6.5 million inhabitants, actually nowadays more people with Lao origin live in Thailand.

Lao people are extremely friendly as long as you are courteous and friendly back. The main religion is Buddhism and there are a few things that you have to adhere to so as not to offend the people. They are simple things and there are information brochures and posters in the main cities that will help you along the way. When travelling by bus one thing that will be of vital importance is that Monks are not allowed to sit next to ladies so be polite if you are travel on a bus or boat in Laos and offer to move seats or switch seats to avoid this scenario

When visiting temples, you should dress appropriately, covering your shoulders and knees. Take off your shawl or hat when go inside the “Sim”

In Buddhist culture, you should not point at your feet at some one, or place your feet high up like on a chair, the reason for this is that the head is considered the most holy part of the body and the feet form the least holy part of your body.

Fewer local people give alms in the morning than in the past. Camera flashes in their faces are not appropriate practice at a time when they are quietly practicing their faith. Any time you see our culture hurt by a thoughtless individual, please speak up.
Holding hands, and other displays of affection with the opposite sex are private acts that should not be done in public.

Lao People are modest, and it’s uncomfortable to see people who are not. Nude bathing at the water fall, in the river or while rafting, is never appropriated.
Don’t buy old objects or antiques as souvenirs; they were probably stolen from unprotected temples or historic sites. This is our national treasure leave it so others and our children may enjoy and be proud of what our ancestors left for us.

The generally accepted form of greeting among Lao people is the Nop. It is performed by placing one’s palms together in a position of praying at chest level, but not touching any part of the body .

The higher the hands, the greater the sign of respect, nonetheless, the hands should not be held above the level of the nose. The Nop is accompanied by a slight bow to show respect to persons of higher status and age. It is also used as an expression of thanks, regret or saying good-bye. But with western people it is acceptable to shake hands.

Marha Puha (or Makka Bu-sao): February or March
The date is dependent on the Lunar Cycle and commemorates the coming together of 1,250 monks from all locations and directions, to meet and be ordained by the Buddha. This event occurred seven months after the Buddha began his teaching. Chanting and offerings mark the festival, culminating in the candlelit circumambulation of wats (temples) throughout the country (celebrated most fervently in Vientiane and at the Khmer ruins of Wat Phu, near Champasak). The festival is marked by grand parades of candle-bearing worshippers circling their local temples, merit-making, and much religious music and chanting.

Wat Phu festival: Beginning of February
Organized annually on the 3rd month of the lunar calendar, at the pre-Angkor Wat Phu Temple, Festivities include performances of Lao traditional music and dance.

Boun Pimai (or Pimai Lao) April (13-15)
One of the most important annual festivals is to celebrate Lao New Year the entire country comes to a halt and celebrates. Houses are cleaned, people put on new clothes and Buddha images are washed with lustral water. In the wats, offerings of fruit and flowers are made at various altars and votive mounds of sand or stone are fashioned in the courtyards. Later the citizens take to the streets and douse one another with water, depicting the start of the rainy season.

Boun Bang Fai (rocket festival): May
With its origins in pre-Buddhist rain-invoking ceremonies, this festival now coincides with the Lao Visakha Puja celebrations. Large bamboo rockets are built and decorated by monks and carried in procession before being blasted skywards to invite the rains. The higher a rocket goes, the bigger its builder’s ego gets. Parades, songs, dances and partying everywhere The festival lasts 2 days and also celebrated in north east Thailand.

Awk Phansao (Awk Watsa): October
This celebrates the end of the three-month rains retreat on the day of the full moon. Monks are at last permitted to leave the temple and are presented with robes, alms bowls and other requisites of the renunciative life. One particularly beautiful aspect is Lai Hua Fai. On the eve of Awk Phansaa people gather at the nearest body of water to release dozens of small banana-leaf boats decorated with candles, incense and small flowers, in a celebration similar to the Thai Loy Krathong.

Boun That Luang / That Luang Festival: November
Though celebrated at many temples and stupas around the country, this festival is traditionally centred and most enthusiastically and colourfully at That Luang in Vientiane. Fairs, beauty contests, music and fireworks take place throughout the week of the full moon, and end with a candlelight procession (wien thien) around the temple of That Luang in Vientiane with hundreds of monks assembling to receive alms.

Loi Krathong: Around the End of November / beginning of December (Dependent on the Lunar Calendar)
Loi Krathong is celebrated on the night of the full moon of the 12th lunar month (end of November / beginning of December) with the release of a Krathong. A Krathong is a traditional floating device made from a slice off the trunk of a banana tree that is decorated with banana leaves, flowers, candles and sticks of incense.

Every year people light the candles on their own Krathong and float it down the river or lake. The thousands of Krathongs with their flickering candles make for a great spectacle and the actual act of floating a Krathong symbolises releasing of one’s personal anger, frustration and grudges. It’s also an act to honour the goddess of water.

Visas are available for most nationalities on arrival, Visas for UK nationals cost $35 US and you will need one passport photo. If you plan to stay longer you can extend your Visa for around $2 USD per day.

Healthcare is generally quite poor in Cambodia although there are some international clinics in Siem Reap and Phnom Penh for anything urgent it is recommended you make your way to Thailand where you can obtain a western standard of medical attention.

Please consult your doctor about the inoculations and anti-malaria precautions required for Cambodia. In general cover against polio, rabies, cholera, typhoid, tetanus, malaria, hepatitis A and meningitis is recommended.

The main towns are all equipped with an ATM and exchange and visa services make sure you have enough cash if you are heading to the quieter outpost towns. The local currency is the Laos Kip and is accepted anywhere as is US dollars. The largest note in everyday use is the 50,000 riel note, which is equal to about US$6. So it's a good idea to carry some US dollars and some real to pay for personal items during your trip.

Electricity in Laos is 220 volts; this means for those arriving from the UK you will not need a Voltage adapter. You will probably need an adapter as most plugs in Laos have 2 prongs missing the third grounding / earthing prong.

Tipping is generally not expected in Laos. In some upper class restaurants or accommodations they will directly charge you with a 10% service charge, you should clearly see that on the bill. Feel free to leave a tip for good service of between 5-10 %, it is of course up to you and dependant on the service received.

Guides are usually tipped $2 - 5 USD/day, and drivers about $1-2 again all dependant on the level of service received.

It is essential that you call your credit card company and let them know you will be travelling overseas as any unusual payments tend to put a temporary block on your credit card which could leave you in a little bit of trouble whilst abroad.

You will need one passport sized photo to obtain your visa on arrival into Laos.

Health Insurance: Make sure you have your insurance details with you and know what your policy covers.

If you don’t want to use roaming take a spare old phone sim cards are cheap in Laos and you can use them instead of being charged international roaming rates!

Keep our contact handy and that of our local operators as we will be there to assist you in any emergency.

Avoiding getting bitten by mosquitoes is often the best defence take plenty of DEET mosquito repellent and wear long sleeves and trousers at night!